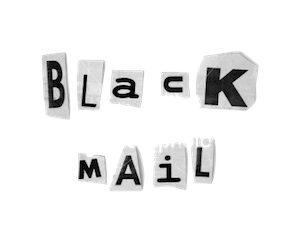 Having never lived in California until this past year, I was never affected by the the state's economic disrepair and outrageous taxes, fees, usage levies and licenses. I similarly ignored Arnold Schwrzenegger's governorship as just mere Hollywood folly.

I similarly diregarded the news of his apparent 'love child' as just more private crap the mainstream media passes off as news to distract the citizens from actual issues and facts.

Admittedly, I always found it perculiar that this republican was married to one of, if not the most powerful democratic legacy; the Kennedys. A news reporter for NBC to boot.

While watching Don Lemon tease a CNN Special slated for broadcast this evening entitled "Sex. Lies. Arrogance.", undoubtedly thrown together to capitalize on the Schwarzenegger and Dominque Strauss-Kahn revelations, it hit me.

Why are we being told to assume that der Arnold kept this family drama a secret all these years? Are we really to believe that this secret was closely guarded inside the man's very own castle? That Maria Shriver never had a clue?

Sexual trists, extramarital affairs, illegitimate children and a plethora of other thinkable trouble a man's penis can get him into have been used as political blackmail "leverage" for centuries.

Looking at his record as governor, as well as articles I'm coming across in my research, I think I can make a case that Arnold Schwarzenegger was a mere puppet of the left, forced through family channels to make decisions not nessecarily his own, under threat of political ruin, and as we now see, similar demise of his movie career.

After leaving office earlier this year, he might have just gotten so fed up with the pressure that he decided to blow up his schackles, career be damned. The marriage had probably been a charade for more than a decade anyway.

I would like to see at least one mainstream journalist investigate this angle of the story.

I certainly will tomorrow on the No Agenda Podcast, In The Morning.