I can take criticism pretty well, but recently a phrase has started cropping up that really irks me:

Adding the 'JS' ending is a total cop-out, presumably meant to not offend, which in actuality, is very offensive.

Just sayin' what? That you don't mean it? That your statement isn't really worth the words you wasted on it? Just sayin' that your grammar sucks? Just sayin', as in "don't shoot the messenger"?

If you've got something to say, then just say it. If its a criticism, then give me a basis that it is built on, some angles, examples and (hopefully) a recommendation for improvement.

This favoured term of the millenials needs to be eradicated. 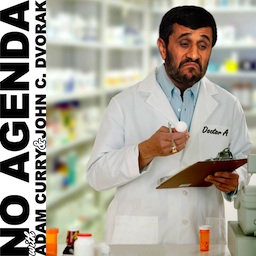 Direct [link] to the mp3 file

Become a member of the 396 Club, support the show here

Art By: Joe The Dish Slave

The No Agenda News Network- noagendanewsnetwork.com

RSS Feed for the newsletter