While the mainstream media is preoccupied with the bogus budget discussions (the 4 wars we are in is the elephant in the room) and the reality show known as 'Will They Raise The Debt Ceiling', the President quietly released a memorandum that allows Army and Air Force personel to be deployed to the streets of America disguised as National Guardsmen.

Under section 315 of title 32, United States Code, this was already permissible by Presidential order, but that authority is now delegated to the Secretary of Defence, who's position is about to be filled by a yet to be named sucessor to Robert Gates.

Is the administration expecting revolt? An uprising?

Whatever is expected to come, you won't Flip it.

The Flip's Death was Political 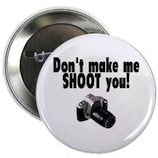 After reading this story about the tragic death of the flip, it suddenly hit me. The Flip wasn't killed because it wasn't profitbale, or popular, or even fit in with its owner's future plans.

The Flip was killed because it didn't have networking like smartphones.

CISCO is well known to service Billions of dollars in government contracts, they are the company that is building "The Human Network', one that will track every aspect of everyday life, from taking your meds to how many miles you drove last month. CISCO is networking all human activity.

Looking at the uprising of the 'Arab Spring', which is 'documented' with smartphones that are trackable, the last thing your government wants is non-trackable video devices.

Just like Raytheon, Haliburton or any other large supplier to the Military Industrial Complex, they are the government and must act accordingly. We can't allow dangerous devices like the flip video camera be used anonymously.

In fact, I'll go so far as to say the Flip was too sucessful. Your government is taking away your favourite toy because they actually want you to be posting geo-encoded media from devices that not only can be, but are being tracked in real time with one-stop shopping help from your friendly cellphone service provider.

Am I a conspiracy theorist for thinking of this? Yes. But lets wait to see if I'm wrong.

(post script) This theory may in fact, explain why CISCO bought FLip in the first place; To Kill It.